At the beginning of December, I decided to close out this strange, roller-coaster year by reading through the Gospels. I don’t think I’m the only one heading into 2021 a little worn out, and I’ve found nothing offers hope quite like the birth, life, and passion of Jesus.

I also enjoy the Gospels because I’ve always found the parables Jesus told to His followers fascinating. Growing up, the parables of Jesus were taught to me through Sunday school felt boards, colorful Bible stories, and often, the promise of candy if I could recount what I’d learned to the adult in charge.

One parable that’s captured my attention this time is found in Matthew 13, where we come across a parable that’s only one verse long. It reads like this:

“The kingdom of heaven is like treasure hidden in a field, which a man found and covered up. Then in his joy he goes and sells all that he has and buys that field.” (Matthew 13:44, ESV)

I remember hearing this parable a few times over the years, but only recently have I begun to understand what it actually means and how it applies to my life.

This treasure–which represents the Kingdom of God–was worth giving up everything to have. Once the man saw the priceless treasure, his life became consumed with one mission: get it. He even hid the treasure so that no one could buy the field before he could get it. This seemingly spontaneous decision must’ve looked strange to his family and friends. Had he gone crazy? Why was he selling everything he had for what (probably) looked like an ordinary field? But there was no sorrow in this man, everything he gave up was done with joy, knowing what he was about to get was far greater than anyone’s opinion or anything he was losing.

I’ve been asking myself a series of questions based on this parable. Do I treat the Kingdom of God like a priceless treasure or an afterthought? Am I single-minded in my mission to live in a way that shines light on the priceless gift of salvation? Am I so consumed with what people think of me that I’m unwilling to make big changes in my life to see the Kingdom of God obtained? Do I obey God joyfully, or with an attitude of obligation and drudgery?

My hope heading into 2021 is not that I will keep all my resolutions and see all my dreams come true, but that I will joyfully and eagerly give up anything and everything that gets in the way of pursuing Jesus and His kingdom. 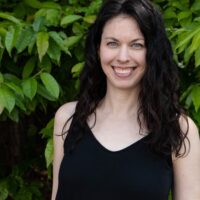 Kristin is a comedian, speaker and author who plays the accordion and eats too much Chipotle. Her newest book Adulting for Jesus: A Book About Purpose, Trusting God, and (obviously) Burritos can be pre-ordered here: https://www.amazon.com/Adulting-Jesus-Trusting-Obviously-Burritos/dp/0830781854/ref=sr_1_1?crid=35LWOTQ2B9CE9&dchild=1&keywords=adulting+for+jesus+kristin&qid=1608789395&sprefix=adulting+for+jesus%2Caps%2C159&sr=8-1

Finding Rest This Christmas Season The Prayer That Changes Everything