I started a new Bible reading plan recently that is chronological. Oddly enough, it started with Genesis 1. (If the humor in that statement escapes you please drink more coffee.) There was this temptation to just blow right through those first few chapters of Genesis, after all, I’ve read it before. We all know it, “In the beginning God created, God said, God said, God made, God said, God put, God saw.” We’ve read or heard those verses since the beginning of time.

I resisted the temptation for it to be ‘all too familiar’ and the result, for me, was astounding. The following scripture just jumped off the page at me.

My first thought was that the Bible likens us to trees. The most prominent scripture being in the book of Jeremiah where God says, “Blessed is the man who trusts in the Lord and whose trust is the Lord. For he will be like a tree planted by the water, that extends its roots by a stream and will not fear when the heat comes; but its leaves will be green, and it will not be anxious in a year of drought nor cease to yield fruit.”

If my trust is in the Lord, then I am that tree planted by the water. Not living in fear, never ceasing to produce fruit and void of anxiety. But the thing that really hit me was when God said, “Let the land produce plants”, the land didn’t turn to Him and say, “But I can’t.” When He said, “Let there be trees that grow fruit with seeds in them.” not one tree doubted its ability. Not one tree talked back and said, “But God…I’m scared because I’m not capable.”

We are His creation. Just like every seed bearing plant, and every other intricate thing He created, He ‘saw’ that it was good. To coin a phrase, “Through him all things were made; without him nothing was made that has been made.” He made us. He put us right where we are. And, He is the God who sees us. He sees us in the now…in this moment. He no longer sees our past, He only sees us right here, right now, and He sees our future. Sure, my choices have helped that process along the way and have even thwarted it at times but nothing gets by Him that He didn’t first know about, that He didn’t ‘see’.

We all have the ability to produce seed-bearing fruit, because He said so. And we can do so without fearing a lack of water. He is our living water and His fountain will never run dry. There will never be a drought in Christ. We bear fruit and in each piece of that fruit there are more seeds. Our job is to stay planted in Him, let our roots run deep into Him. He is the source. We are the recipient…we are His fruit tree. It’s all a matter of yielding to His will, His way, His Word.

I find it to be no coincidence that it was a fruit bearing tree along with a little twist of scripture that the enemy managed to get mankind to desire knowledge more than relationship with our Creator. God’s enemy has no new tricks and our ego still abounds. He is still twisting scripture and we’re still desiring knowledge. But we can be set free. Never are we freed FROM the fight..but we are freed TO fight. 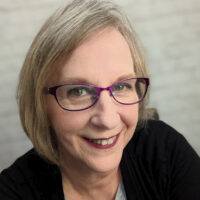 The God of Me Good Good Father